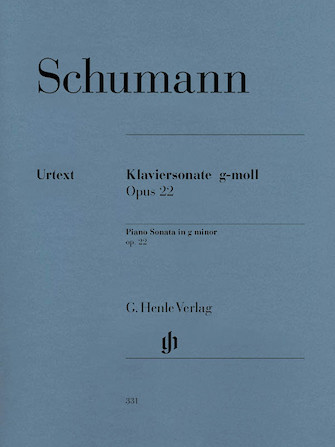 “I am endlessly looking forward to the second sonata,” thus Clara wrote to Robert in 1838, “Your whole being is so clearly expressed in it.” Nonetheless in the same letter she encouraged him to revise the last movement, which provided the composition with a completely new finale. The first two movements were also reworked several times. The editor assiduously provides information on the complicated genesis of the work in this new edition. The musical text is not only followed by the original final movement, which is musically and pianistically very demanding, but also the model for the second movement: Schumann made an arrangement of one of his own songs (In the autumn) for the piano.

Piano Sonata in G minor, Op. 22 (with Original Last Movement) has been added to your cart