Prelude and Fugue on B-A-C-H 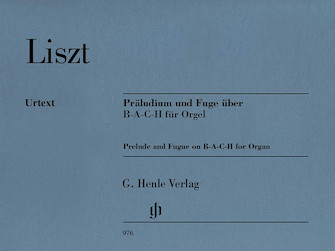 Prelude and Fugue on B-A-C-H

Liszt composed this virtuoso work for the dedication of the refurbished organ in Merseburg Cathedral. The manuscript was, however, only completed after the inaugural concert and the first edition was published in Holland around 1859. Today, the work is mainly played in the second version of 1872, which Liszt made at the suggestion of his pupil A.W. Gottschalg. The latter persuaded the composer to somewhat simplify the technical demands, which reflected the intentions of the older Liszt. This Henle Urtext edition comprises the 1872 version; in addition, the appendix contains an ossia version of measures 130-166. The changes between the first and second versions are discussed in the preface.

Works for Organ or Pedal Piano