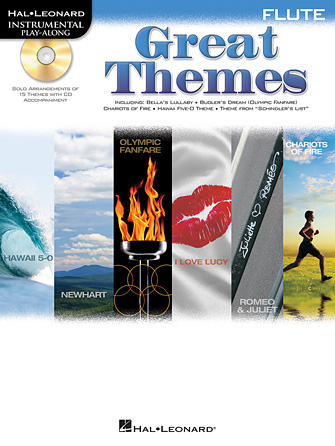 All your favorite instrumental themes are in this superb collection for soloists! The 15 themes include Hollywood hits like “Axel F” from Beverly Hills Cop and “Bella's Lullaby” from Twilight; inspirational sports anthems like “Bugler's Dream” (Olympic Fanfare) and “Chariots of Fire”; as well as popular TV show theme songs from Hawaii Five-O and I Love Lucy. Includes a full-accompaniment play-along CD with tempo adjustment software.

First 50 Songs You Should Play on the Flute Instrumental Folio