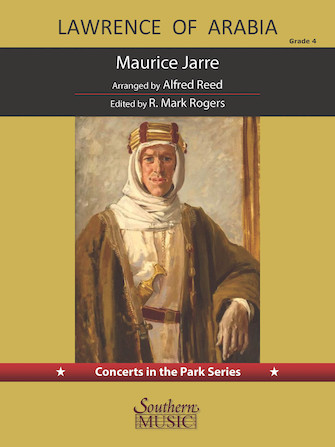 David Lean's epic film “Lawrence of Arabia” was nominated for ten Academy Awards and won seven, including Best Original Score for Maurice Jarre's masterful musical depiction of the exotic world through which T.H. Lawrence passed. Alfred Reed's setting of the music for concert band, available here for the first time in full score with newly edited parts, is built on two of the main themes: the Arabian motif, with its blazing color and almost-barbaric effects; and the Lawrence theme, a haunting, poignant melody that reflects both his love of the desert and his internal, psychological conflicts.

Selections from Up Young Concert Band

Lawrence of Arabia has been added to your cart

Selections from Up Young Concert Band Add to Cart