25 Albums That Rocked the World 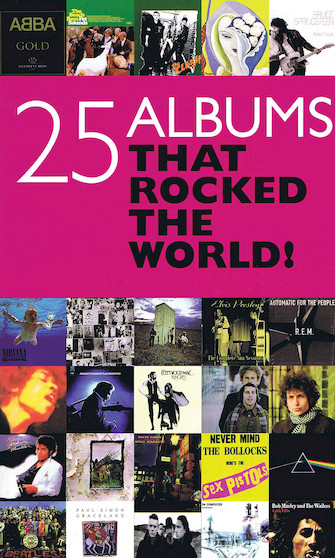 25 Albums That Rocked the World

In the days when pop and rock were defined by a single, it was albums that gave bands a chance to make their big musical statement. The results were often unremarkable, but from time to time along came a truly great album that used the format perfectly, caught the zeitgeist, and ultimately changed the musical landscape forever. Now, with revealing notes by some of today's finest music writers 25 Albums That Rocked the World celebrated some of the legendary albums that became cultural landmarks as well as treasured musical touchtones for generations of rock fans. Featured albums include: Sgt. Pepper's Lonely Hearts Club Band • Blonde on Blonde • Catch a Fire • Never Mind the Bollocks • OK Computer • and more.