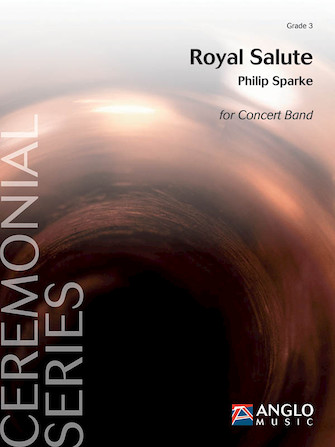 This march from Philip Sparke is in the tradition of English ceremonial or concert marches, such as the masterpieces written by Sir Edward Elgar and Sir William Walton. It attempts to continue this tradition with a march for intermediate band that has all the recognizable hallmarks of a ceremonial march, such as broad melodies, counter melodies, and a nobilmente trio. Dur: 5:10

115 Tang Tungling Tongue Twisters from A to Z! Resource

Highlights from The Phantom of the Opera Flex-Band Grade 3

Royal Salute has been added to your cart

Musical Games for the Musically-Minded Shawnee Press Add to Cart

It's a Musical World Music Express Books Add to Cart

115 Tang Tungling Tongue Twisters from A to Z! Resource Add to Cart

Due to high demand, Royal Salute is on back order