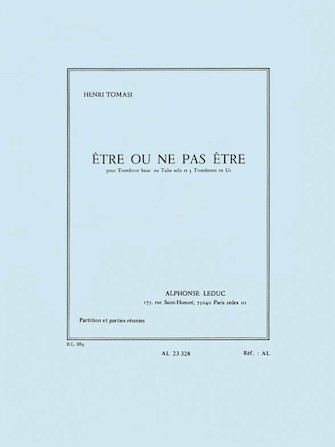 Due to high demand, Etre Ou Ne Pas Etre (trombones 4) is on back order