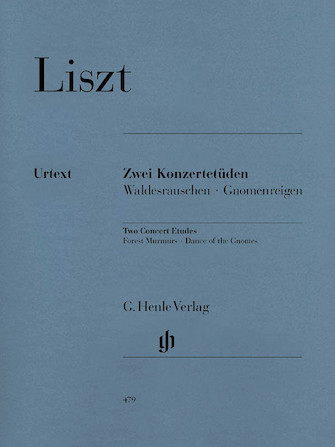 The pianistically demanding studies “Waldesrauschen” and “Gnomenreigen” were written during the composer's mature late phase, in which one does not necessarily expect such virtuosic pieces. Liszt composed them in 1862 in Rome for the Grosse theoretisch-praktische Klavierschule by Siegmund Lebert and Ludwig Stark. In so doing he honoured a pledge he had made some time before. Liszt was now teaching a large group of students. The two studies, published in 1863 and independent of the Klavierschule, were dedicated to his extremely gifted pupil Dionys Pruckner. He and other Liszt pupils often played them in concerts.

2 Concert Studies has been added to your cart

Due to high demand, 2 Concert Studies is on back order