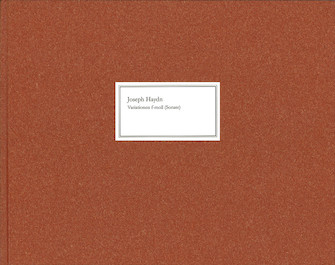 It was by a roundabout route that the autograph score of Haydn's most important piano work ended up in the New York Library. Its four leaves contain a fair copy of the work; two leaves with a sketch-like character follow. Haydn composed the work, at the time still entitled “Sonate,” for “Signora de Ployer” (probably the pianist Barbara Ployer associated with Mozart). The variation movement was apparently intended as the beginning of a sonata with several movements. As can be seen from the second part of the autograph score, Haydn later extended the movement and ended it with an expansive Capriccio Coda. The first print already bears the title “Variations”. The moving masterpiece has been played all over the world under the title “Variations in F minor” ever since.

Piano Concerto in A Major K488

Piano Concerto in A Major K488