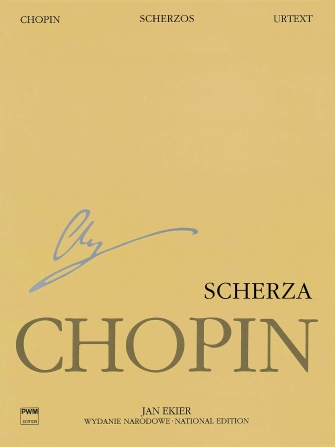 Includes the Scherzos of Op. 20, 31, 39 and 54. Following in the footsteps of Beethoven's late scherzos, these are characterized by fantastic imagination, surprising, sometimes frightening. Each scherzo has its own expressive shadow and its own forms. The outer sections are agitated, restless, anxious, even demonic, while the middle sections symbolize tranquility.

Scherzos has been added to your cart

Due to high demand, Scherzos is on back order