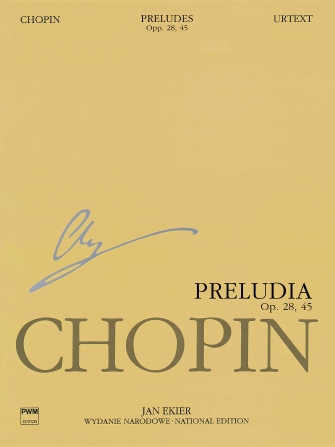 The Preludes of Op. 28 include all 24 major and minor tonalities arranged in a circle of fifths, with each major key being followed by its relative minor. Contrary to custom of using this type of piece as didactic material, Chopin's cycle was intended as concert music. The Preludes are a diverse variety of mood, tempo, articulation, texture, etc.

Preludes has been added to your cart

Due to high demand, Preludes is on back order