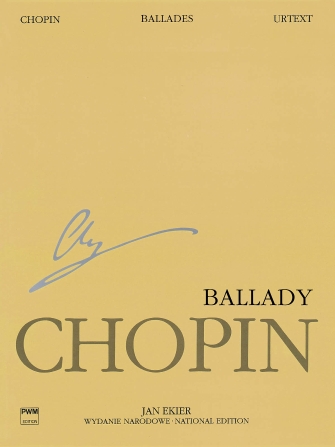 In his “Ballades” Chopin created a new, typically Romantic genre not known in earlier instrumental music. Includes the four Ballades: No. 1 in minor, Op. 23; No.2 in F major, Op. 38; No. 3 in A-flat Major, Op. 47; No. 4 in F minor, Op. 52. This Urtext edition includes ossia marked by Chopin himself or inscribed in his hand in pupils' copies.