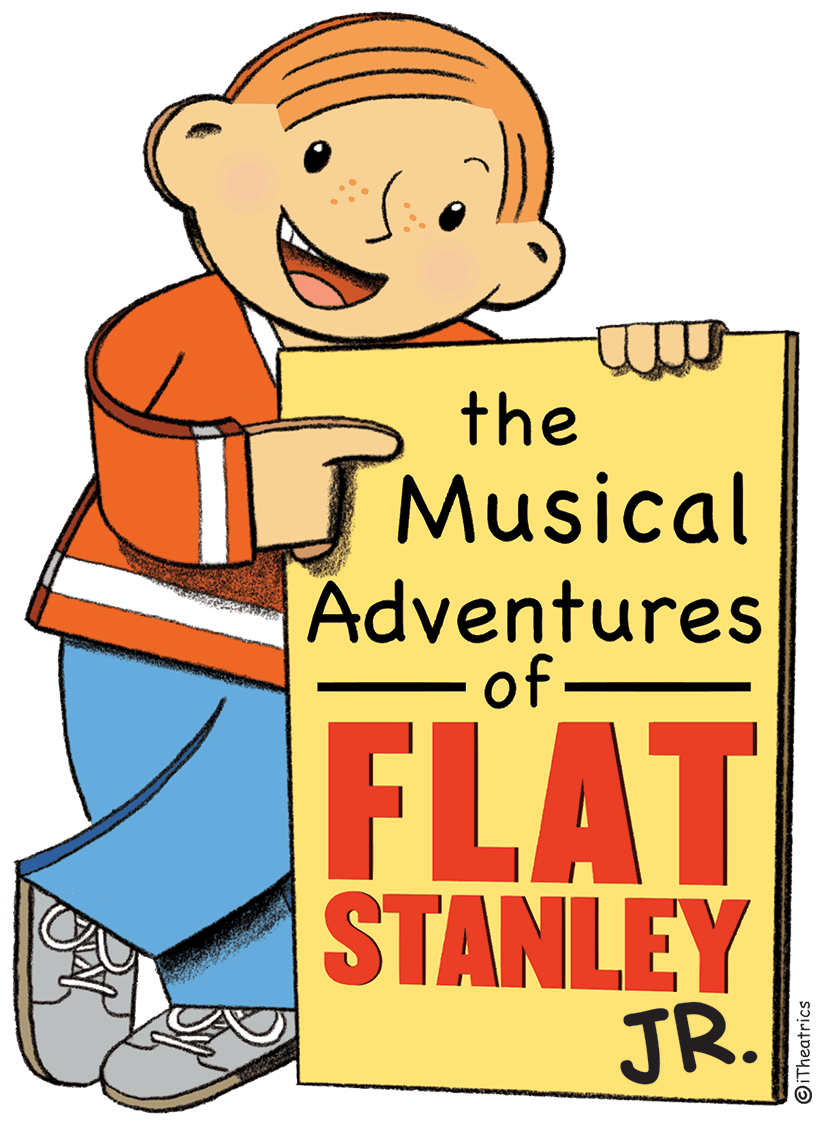 Flat Stanley,the beloved children's book written by Jeff Brown in 1964 has become a literary and pop cultural phenomenon - delighting readers and travelers all around the world. And now, MTI has taken everyone's favorite two-dimensional hero and given him a new life on the stage.The Musical Adventures of Flat Stanley JR. - the newest addition to the MTI Broadway Junior Collection is now available for licensing. This means, you can bring the entire Lambchop family to YOUR stage!

Stanley Lambchop is your ordinary, every day, run-of-the-mill ten-year-old: normal mom and dad, normal little brother, normal life. That's just the problem...for Stanley, life is too normal. He wants to travel the world, do something amazing, something no one's ever seen before. Careful what you wish for, Stanley!

One night, the bulletin board on the wall above Stanley's bed comes loose and falls - right on top of Stanley! The next morning, Stanley Lambchop wakes up flat. Not just a little flat...really, REALLY flat! In a whirlwind musical travelogue, Stanley - the ultimate exchange student - scours the globe for a solution to his unusual problem. He's stamped, posted and cancelled from Washington D.C. to France to Honolulu and beyond. And whether he's rapping with the Declaration of Independence, thwarting a robbery at the Louvre Museum in Paris, or 'hanging ten' off the coast of Hawaii, Stanley is closing in on his goal of being a three-dimensional boy once more.

My Child is Flat

Travelin' Through the Mail

A hard of hearing, overworked Doctor.

King of the Cool Kids

The ringleader of the cool kids.

A large group of people who see Stanley off.

Assistants to the agent.

A curator for the Louvre.